What you have told us about local health and care services between April – September 2019. 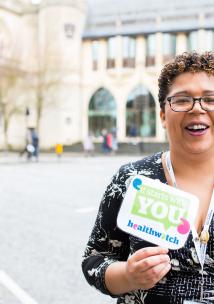 Healthwatch is here to listen to any feedback on your health and care experiences, good or bad.  Over the spring and summer, in addition to our projects looking at particular services, 27 people got in touch with us in other ways to share their story.

Here’s a round-up of some of the key things we heard:

Most of the feedback was about mental health services (10 experiences) and GP practices (7 experiences).  Housing issues also played a significant part in several stories.

One person rang to tell us that they were very satisfied with the recent support they received from an ADHD (attention deficit hyperactivity disorder) specialist, after struggling to get a formal diagnosis earlier.

But other experiences weren’t so positive, with several people telling us they felt they had received inappropriate support.  This ranged from concerns about ‘serenity integrated mentoring’ which involves specialist police input in community mental health services, to a wish to move to a lower support facility for drug and alcohol recovery and for someone else, to access family therapy rather than one-to-one support.

Other reported barriers included; a service refusal to provide an alternative support worker after an unsatisfactory experience, being informed by letter from a community-based service that a person wasn’t welcome after they’d had a bad day and used bad language in a one-off incident, and a talking therapies facility which was ‘horrible and dirty’.

Several people contacted us to say that they were unhappy with the diagnosis they had received for long-term health issues provided by their GP.

I spoke to talking therapies to help me work through family issues, but they said – ‘you are smart’ you don’t need therapy, just practical help.

Several people contacted us to say that they were unhappy with the diagnosis they had received for long-term health issues provided by their GP.  For a number of people, they had received a mental health diagnosis which they found distressing and did not agree with; they felt their physical symptoms were being ignored.

However, in contrast with previous feedback rounds, only one person said they found it difficult to get an appointment, whereas this has been a common issue for local people.

I felt that I was not assessed correctly or listened to regarding the issue that I have.

Several people felt poor or inappropriate housing situations were exacerbating their health or wellbeing, or that previous poor quality living conditions had contributed to their current health problems.  For example, one person felt their current supported accommodation was too restrictive and another found their living environment too chaotic.  Another person with severely limited mobility was struggling in a basement flat which also had a serious mould problem.  Two people told us about bullying behaviour by other residents in shared facilities which wasn’t being addressed adequately by the accommodation provider.  Another person felt unable to ask appropriate services for support after a break in at their house because they were so worried it would lead to them being forced into a care home.

I feel unsafe in my home and am concerned for my vulnerable neighbour too.

We share all this anonymous feedback directly with each of the services involved, to help them build on what’s working and tackle problem areas.

If you’ve got a recent health or care service experience to share, please get in touch online or give us a call

How we use your feedback

We share all this anonymous feedback directly with each of the services involved, to help them build on what’s working and tackle problem areas.

You can help make health and care services better by sharing your experiences and ideas. Tell us your positive/negative feedback and experiences, and we'll use them to improve services. Your feedback is treated anonymously. 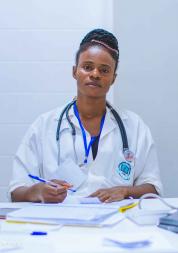